We've had a great year in music! This is our last post of the year, and I will miss your children terribly! For those who are moving on, good luck and godspeed. For those who will be back next year, I look forward to more video fun. Maybe I'll figure out how to upload the videos onto an actual website so you can view the videos in a larger format!

Keep checking the blog over the summer - chances are I'll make my boys do some more video creations this summer.

Posted by marilee woodfield at 8:52 PM No comments:

We've spent the past few weeks learning about some classical music pieces and their composers. First, we heard "Pictures at and Exhibition" by Modest Mussorgsky. Mussorgsky wrote the music after visiting an art exhibit of a friend. We listened to an ox pulling a cart, two women arguing, and children playing in a field of flowers, among others. Then we drew our own pictures to more of Mussorgsky's music. 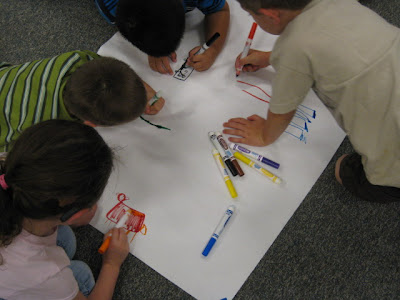 The following week we learned about Saint Saens and his composition "Carnival of the Animals". We colored pictures of each of the animals, and then pretended to be lions, horses, elephants, kangaroos, birds, and fish, and we even went hunting for cuckoo birds in the forest. 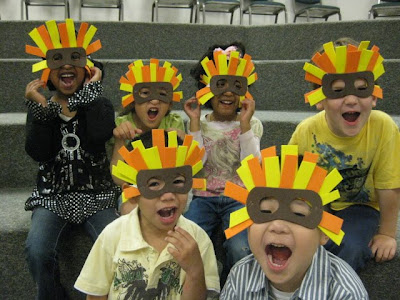 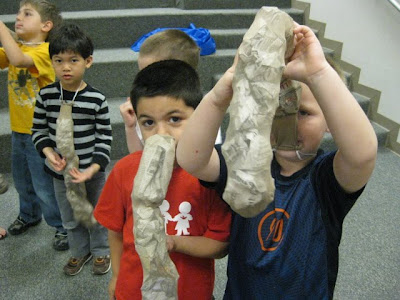 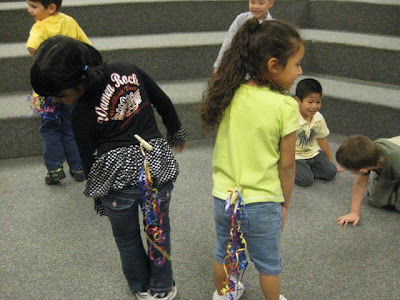 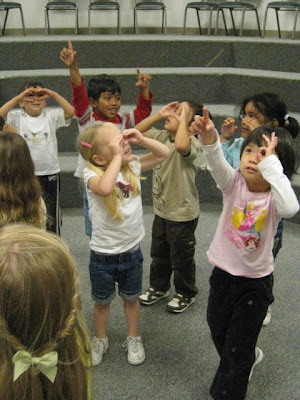 Last week we learned about George Frideric Handel, who composed a piece titled "Water Music" for the King's party. The King wanted to have the party on a floating barge, but there wasn't enough room on the boat for the guests and the musicians. So, 2 barges floated side-by-side down the river - one full of dancing party-goers, and the other with Handel and an orchestra playing Handel's "Water Music".

We took turns being the musicians in the boat, playing instruments along to the "Water Music", while others of us were the waves lapping at the boat.


Posted by marilee woodfield at 8:29 PM No comments:

Posted by marilee woodfield at 8:14 PM No comments:

Oh, I wish I had a Little Red Box
to put my mama in,
I'd take her out and (kiss, kiss, kiss)
and put her back again!

repeat with daddy, grandpa, grandma, and etc.
Posted by marilee woodfield at 7:57 PM No comments:

sing me a story

Posted by marilee woodfield at 5:10 PM No comments:

Thanks to E's dad for sharing this song with us. He would video-tape himself singing songs to his daughter before leaving on business trips. We borrowed this one from his collection of silly songs that he shared with us.
Posted by marilee woodfield at 5:02 PM No comments: 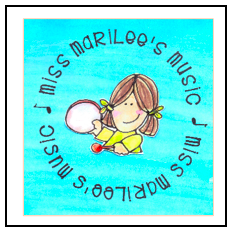 Find me on TeachersPayTeachers:
Welcome to Miss Marilee's Music Blog!

We'll be posting videos, games and music activities from class frequently -- so be sure to check back often!
If you'd like information and downloadable printables for the activities, you can find me here at TeachersPayTeachers. https://www.teacherspayteachers.com/Store/Miss-Marilees-Music

View my complete profile
Welcome to our collection of wacky kids' songs: Fingerplays, famous kid songs and an irreverent nod to nursery rhymes - come sing along with us. Come back often for more high-quality entertainment!

This blog was started so that my preschool kids could sing the music and do the hand motions to the songs we sing when they go home for the day. Some of the vidoes have the hand motions, and others are just goofy fun. We'll be adding more throughout the year.

Check out my other Blogs...